Management and how it’s crucial for company culture 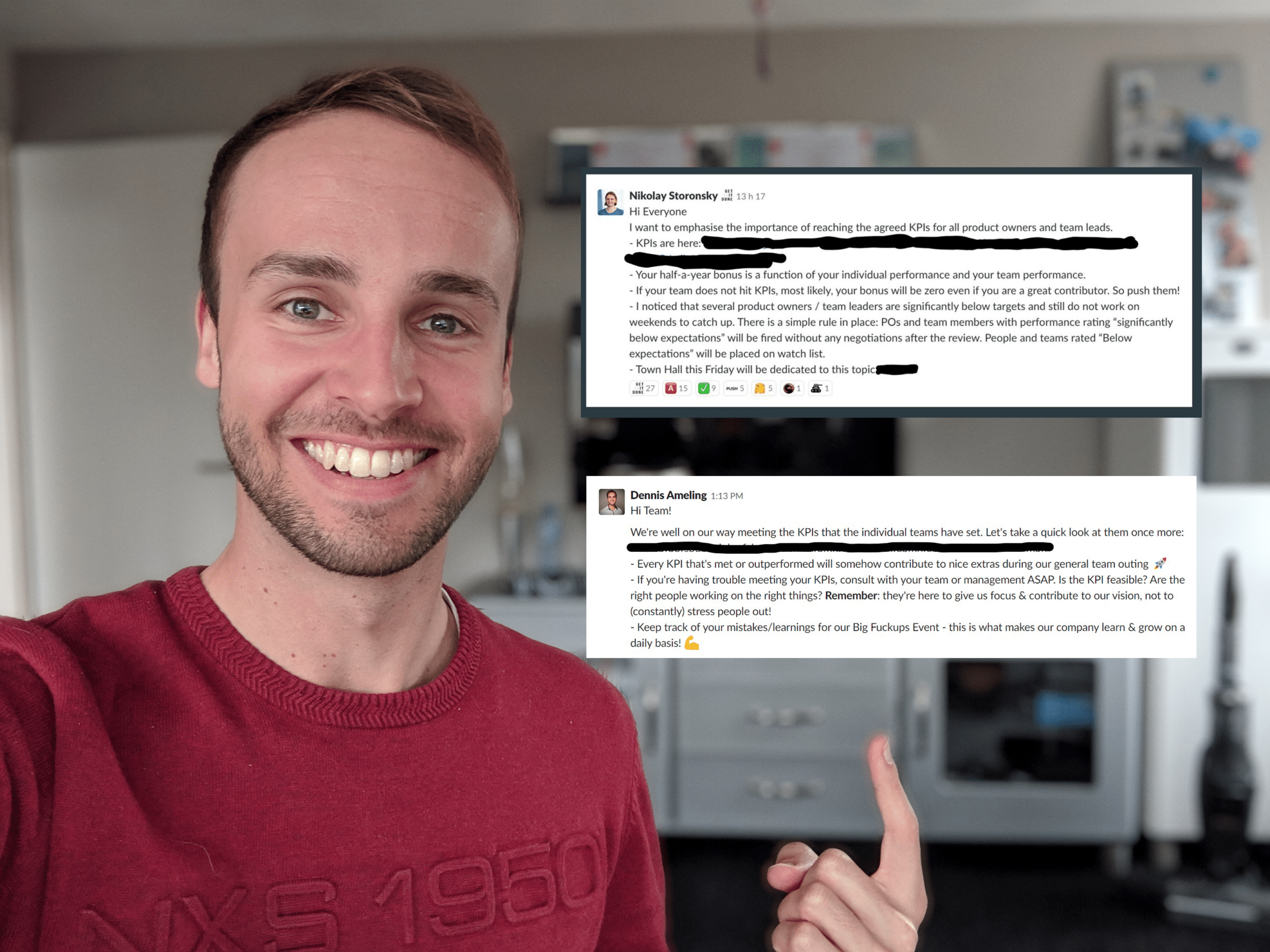 Earlier this week, I came across the following tweet:

Now, I’m not here to blame any specific company, so let’s keep this post broad. You’d be surprised by how many companies in the world operate exactly in this way (or similar). I’d call this management done wrong. Like horribly wrong. Like making me want to leave that company, even though I’m not working for them. Please let me elaborate by breaking up the above message into several categories.

There’s nothing wrong with KPIs in my opinion. They’re a powerful and straightforward way of getting your company’s goals clear and concise. However, they’re only as powerful as the group of people who set them. Is a manager setting a KPI? You’ll probably have hard time getting your team fully on board and dedicated to meet (and go beyond) the KPI. Is the whole team involved in setting the KPIs? You’ll see a lot more dedication, progress and fun throughout the process! Check out this article by Dutch company Voys, which closely involves its whole team in decision-making and strategy. Do not link KPIs to negative consequences if they’re not met! Positive consequences can be used, but don’t overdo it, as it will create tunnel vision on KPIs.

Bonuses are normally given with the goal of stimulating individual people’s performance and involvement in the company. “If you reach your KPIs, you get your bonus!”, “Sales goal met? Bonus!”

In my opinion, (individual) bonuses are a source of evil. A lot of evil. It forces people into a way of thinking that’s only for their personal gains, rather than the company’s vision or a larger (societal) purpose. Makes them selfish. Childish. Like they wanna steal someone else’s food. Even worse, linking them to hard KPIs only accelerates this process further.

Companies should focus on their vision, their purpose, why they want to make this world a bit better. Bonus-oriented people are not gonna help with that. Successes should be celebrated by the whole team, rather than individuals. Take the team on an outing, instead of giving a single manager a €10k bonus. Just like mistakes help a team grow, in contrast to blaming individuals. If you want to work with some kind of bonus system, then make sure the whole team benefits from it.

This aspect worries me the most. You’d be surprised by how many managers (and even CEOs) are using negative tone of voice in their messages. Telling people that they are “significantly below targets and still not working on weekends to catch up” is just plain wrong in my opinion, killing company culture and productivity (debates are coming up that say working too many hours significantly decreases productivity). Saying things like “people who rate ‘significantly below expectations’ will be fired without any negotiations” only makes matters worse. Just working longer doesn’t mean targets will actually be met. Instead, ask questions like “Is the KPI we set actually managable?”, “Did we put the right people together in this team, so they can flourish most?”, “Can we try things differently?”, etc.

Looking at this from a learning perspective, we’re already doing this to people at a very young age. In schools, we tell students that they “failed their maths test”, instead of saying “this student is exceptionally good in marketing, let’s tailor his education a bit more towards that direction” (this becomes most important at age 16+). The exact same happens in business: “this employee has failed his KPIs in the marketing team, let’s fire him” instead of “this team member is very good in product development, let’s offer him the option to switch to the Product team”. That’s the world upside down, isn’t it?!

If you want to read more about learning & feedback, I’d highly recommend this Harvard Business Review article which, among others, contains this spot-on quote:

Focusing people on their shortcomings doesn’t enable learning; it impairs it.

Fixed that for you

So, to give an example of how I’d phrase a message like the one above (personal opinion!), here you go:

Here you have it – slight changes in the way you organize your business and communicate can be a real game-changer. Again, this is my personal opinion, but there’s more and more research coming up that supports the beliefs outlined above. Work is where we spend most of our lives, so we better make it a fun, rewarding and a world-changing experience! 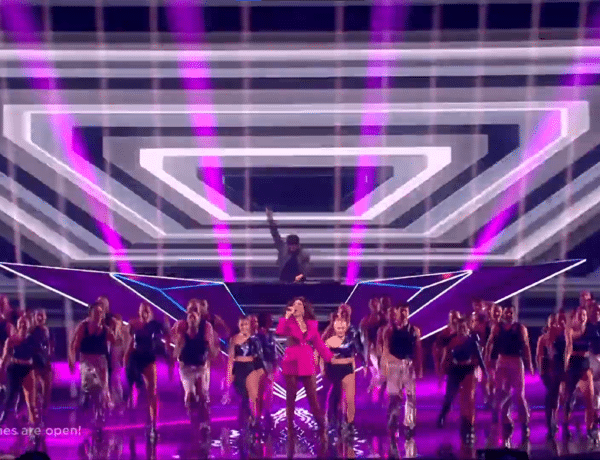 Afrojack, Wulf and Glennis Grace at Eurovision 2021: goosebumps and learnings

This site uses Akismet to reduce spam. Learn how your comment data is processed.

How to recognize if an app is ARM64 on Windows

If you're on GitHub, you can support my work on open source through sponsoring:

This website uses cookies to improve your experience while you navigate through the website. Out of these, the cookies that are categorized as necessary are stored on your browser as they are essential for the working of basic functionalities of the website. We also use third-party cookies that help us analyze and understand how you use this website. These cookies will be stored in your browser only with your consent. You also have the option to opt-out of these cookies. But opting out of some of these cookies may affect your browsing experience.
Necessary Always Enabled
Necessary cookies are absolutely essential for the website to function properly. These cookies ensure basic functionalities and security features of the website, anonymously.
Functional
Functional cookies help to perform certain functionalities like sharing the content of the website on social media platforms, collect feedbacks, and other third-party features.
Performance
Performance cookies are used to understand and analyze the key performance indexes of the website which helps in delivering a better user experience for the visitors.
Analytics
Analytical cookies are used to understand how visitors interact with the website. These cookies help provide information on metrics the number of visitors, bounce rate, traffic source, etc.
Advertisement
Advertisement cookies are used to provide visitors with relevant ads and marketing campaigns. These cookies track visitors across websites and collect information to provide customized ads.
Others
Other uncategorized cookies are those that are being analyzed and have not been classified into a category as yet.
SAVE & ACCEPT
Powered by